The time had finally come to leave Manly.  The past 3 months had taken their toll on my bank account (read empty!) and now I needed to find some work, otherwise I’d be heading home much earlier than originally planned.

I realised Manly, especially as Summer was drawing to a close, wasn’t the place I wanted to stay.  It was time for something fresh and that new place was Brisbane. I hoped opportunities for work would be more plentiful.  But how to get there?  I decided the funnest thing to do would be to make the trip north last a couple of weeks, get in some surfing and take in a couple of tourist hot spots along the way.

One of the guys (Russell) from the hostel had just come back from a trip north doing exactly that – a week just to the south of Byron Bay on a surfing camp.  He’d returned to Manly at the end, but I decided that I’d use them to get to Byron and then head on further on my own from there.  I had just about enough money left to book the trip.

On hearing the plans, one of my best friends from the hostel (Liam) asked to join me.  He’d shortly be heading back to the UK and wanted one final hurrah.  And so it was, one late February Monday morning we found ourselves on the ferry to Sydney about to embark upon our first surf camp experience.

Surfari’s turned out to be a really fun and well organised tour.  Leaving Sydney we headed North to our surf camp based in the Crescent Head region.  An area with an abundance of waves, and lots of options for all levels of surfer with a variety of breaks to suit differing conditions.

For the next few days we’d get up at dawn, head to the beach for a session, chill in the afternoon, play bowls, explore and then get in for another few hours in the late afternoon. Evenings were spent with home cooked food, a couple of beers and listening to the surf camp guys play guitar and sing us songs.  The waves at the beginning of the week were tricky, but we lucked out for the final few days culminating in some fun point break waves and the final dawn session in challenging overhead surf (the biggest I’ve ever paddled out in).  We had a photographer for the past couple of days, but she only grabbed 2 frames of me.  They’re the only photos that have ever been taken of me surfing to this very day … and in 2017, they’re far too low resolution to post here!

At the end of the trip we landed in Byron and spent the night partying away.  Two of the guys couldn’t afford the hostel, so ended up hiding their backpacks in a tree whilst we danced on the tables in Cheeky Monkey’s!

The next day we sadly started to break up.  Liam and some girls he’d met headed to another retreat for a few days.  Most of the crew headed either to Brisbane to catch flights, or back to Sydney.  Just me, Lisa and James were left in Byron.  In the end I stayed in Byron for another couple of days after even they left (next blog to come, with a quick reunion with Liam …) and then headed up on to Brisy on my own. 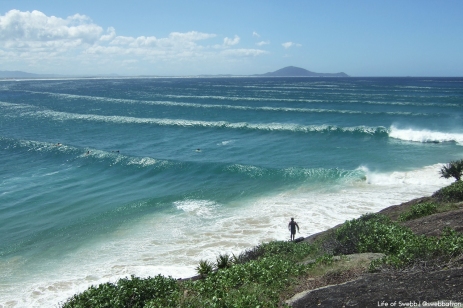 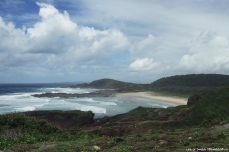 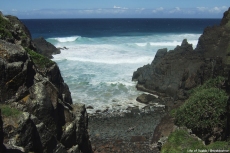 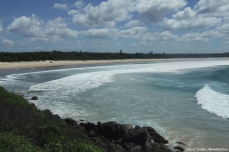 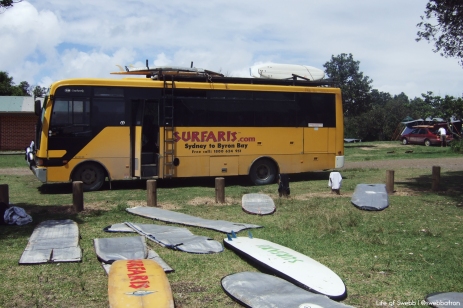 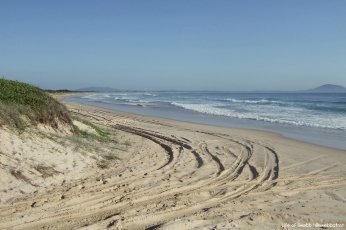