As I saw out my time in St Kilda I frequently found myself counting pennies.  Without a job I was living on my credit card.  The question I found myself asking was pretty simple.  Did I have enough for one last blow out adventure?  The big trip I wanted to do before leaving the country was to see Uluru (Ayers Rock).  However, to do so would involve a fair amount spent, which would mean serious budgeting for my last weeks both in Melbourne and Sydney, let along Singapore!

Late one night I decided I might only have this opportunity once.  The next day I found myself in Peter Pans on Grey Street (handily opposite my hostel) booking a trip with Groovy Grape.  This would take me from Adelaide in South Australia to Alice Springs in the Northern Territory, taking in Coober Pedy and the Red Centre.  It covered just about all the things on my “must see” list.

After booking, I lived on noodles and tuna fish for the next couple of weeks until I would leave on an overnight bus to Adelaide.  Arriving late morning I checked into the hostel and then spent the afternoon exploring the city.  As always, I headed for the Botanic Gardens first … I think Botanic Gardens in the Southern Hemisphere are just amazing.

After a quiet night (I had a dorm room to myself!) I met up with the crew and we headed to Coober Pedy, an opal mining town where we spent a couple of nights.  A strange place, and as one of the girls said, “just like the town from Tremor’s”.

After that (and a change of groups) we began our trip further North to take in Uluru, Kata-Tjuta and Kings Canyon (I’ll post about those separately).   It was such a fun trip and group.  We slept outside under the stars, swam in freezing cold swimming pools, ate amazing burgers, played stupid games every time the bus stopped and saw sunrise after sunset, after sunrise, after sunset … and even a singing dingo!

The week long trip finished in Alice Springs where we enjoyed a blow out meal at Bojangles Saloon.  The following day I woke up, already missing my new friends.  Next up was a flight back to Sydney via Melbourne where once again, I’d be visiting The Manly Trap for a final 2 weeks of surfing and beach side living.

The trip neared an end. 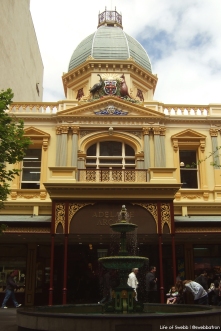 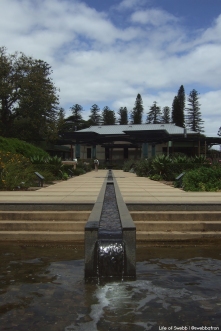 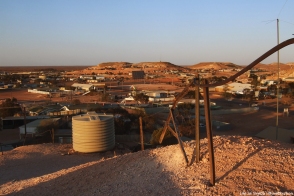 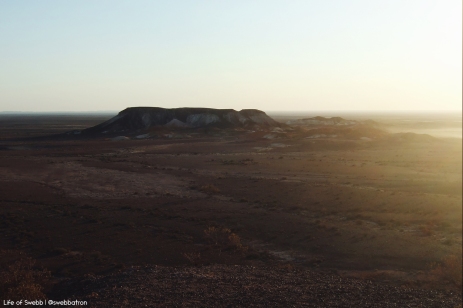 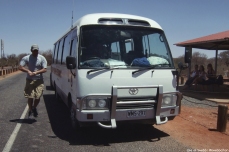 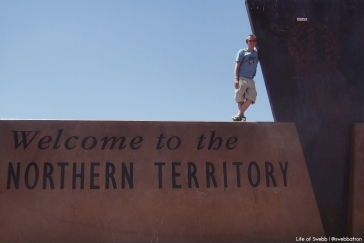 Welcome to the Northern Territory

Travel on the highway

Sunset in the Red Centre 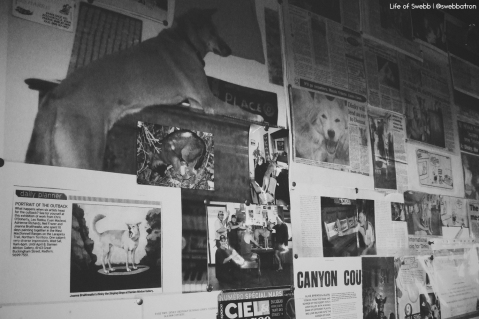 One thought on “The Groovy Grape”