I’m going to jump ahead a few months from the last post now into the summer of 2019.  Hang on, that’s only last year!  I’m catching up on myself!

I’d found Linda on Instagram as a recommended person to follow, so I did. Linda didn’t post all that much, but when she did it was always quite pleasant – Thai food, a few selfies e.t.c.  Then one day I got a DM from her after I’d posted one of my model shots from a trip to Thailand.  Linda was going to be in Exeter for work and wondered if I fancied shooting her?  As always, I was a bit nervous – but I want to get better as a photographer, so I took a deep breath and said yes.

We arranged to meet on a weekday evening in the city centre.  We were planning a short urban walk to get some straight forward fashion/portrait shots.   I was looking forward to some beautiful golden light, but alas Linda was delayed by nearly an hour and the sun was setting just as we were getting started!  Undeterred we ploughed ahead and even though the light was gone I think we managed to get some fun shots.

At the end of the shoot Linda asked if I’d be willing to do some more shots for her at the weekend in her new dress?  I said yes as I figured I’d get a chance to practice with my flash!

On the Saturday we shot for a second time just getting some very simple shots with a one light setup. It was a short shoot though as Linda wanted to go dancing … a long story short, we ended up drinking and dancing in Exeter into the early hours. Very unplanned, and not the greatest idea when I had a work function the next morning!

Still, it was fun!  Linda’s not a professional model, but I thought she did great with these and there’s a few shots I absolutely adore.  We ended up shooting again a few weeks later in Torquay too which I’ll post soon.  When Linda laughs she has the most beautiful smile. 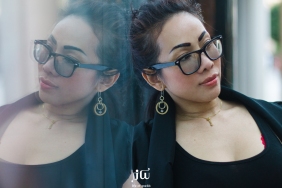 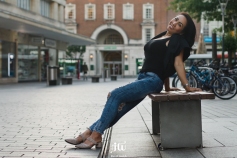 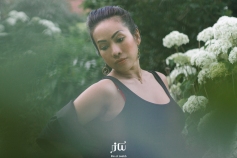 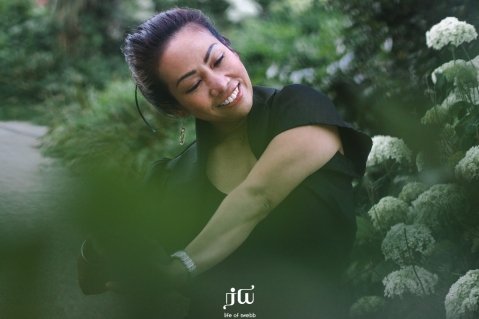 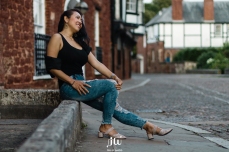 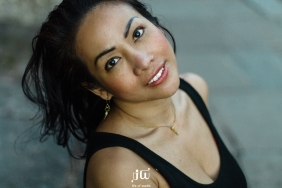